The Royals’ Triumph over the Mets in the 2015 Fall Classic, after bowing to San Francisco in 7 games in 2014, was an example of prior World Series losers coming back to win their own title.

It’s hardly a recent trend.  More often than not in the 1970s, teams who fell short in the World Series eventually took home a title in the near future.  The Baltimore Orioles, who had been knocked off in 5 games by the Miracle Mets in 1969, won 109 regular season contests in 1970 and then returned the favor with a convincing 5 game win over Cincinnati in the World Series.  The club also took another American League pennant in 1971.  Here’s how the 1970s World Series losers fared:

1970, ’72 Reds: With rookie manager Sparky Anderson and the powerful foundation of Hall of Famers C Johnny Bench and IF Tony Perez, along with all-time hit king Pete Rose, the club returned to the Fall Classic in 1972, only to lose again, this time to Oakland in 7 games.  The 1972 Reds included new acquisitions 2B Joe Morgan (another Hall of Famer and ’75-’76 NL MVP), and OF George Foster, who would go on to win 3 straight RBI titles and 1977 MVP Award.  Cincinnati won another NL East flag in 1973, and would finally win a World Series crown in 1975, then again in 1976. 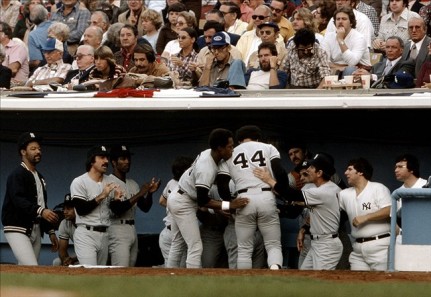 1976 Yankees: The Reds’ victims of a 1976 sweep were in good hands behind their captain C Thurman Munson, 3B Graig Nettles, 1B Chris Chambliss, 2B Willie Randolph and OF Mickey Rivers and Roy White, plus starters Catfish Hunter, and Ed Figueroa, and RP Sparky Lyle.  That group, with the additions of P Ron Guidry and free agent acquisition Reggie Jackson, won two straight World Championships in 1977-78 over the Los Angeles Dodgers. 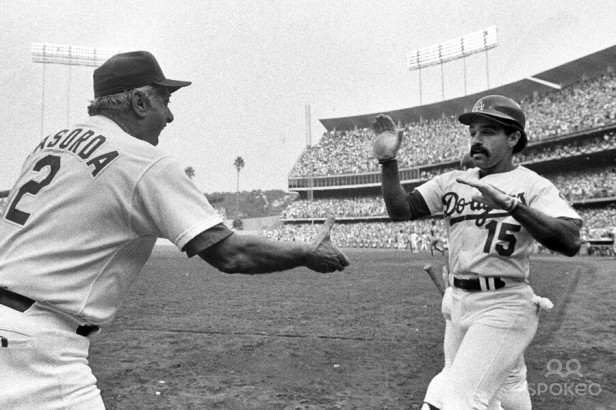 1974, ’77-’78 Dodgers: The Los Angeles core, which included a legendary infield of Steve Garvey, Dave Lopes, Bill Russell, and Ron Cey, along with ace Don Sutton and catcher Steve Yeager was knocked off by Oakland in 1974.  3B coach Tom Lasorda became manager in ’76  and his Dodgers won the pennant in ’77 and ’78 only to fall short to New York in both years.  Undeterred by 3 World Series losses in 5 years, Los Angeles bounced back to become World Champions by finally downing the Bronx Bombers in 1981. 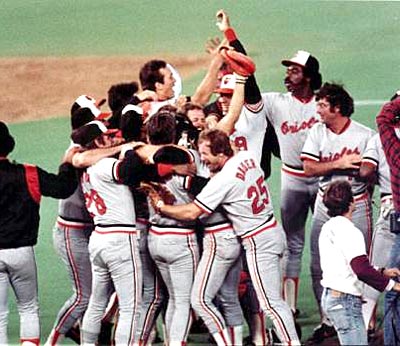 1979 Baltimore Orioles: While the Pittsburgh Pirates took the Fall Classic from Baltimore in 1979,  the Orioles, led by Hall of Fame pitcher Jim Palmer and first baseman Eddie Murray, along with OF Ken Singleton,  C Rick Dempsey, and P Mike Flanagan, would get their title four years later, over Philadelphia in 1983.  Of course, adding Hall of Fame shortstop Cal Ripken to the mix certainly helped.

7 of 10 decade World Series losers would eventually get their day in the sun.  The least successful World Series loser of the decade?  That was easily the 1973 Mets, who never got closer to the post-season in the decade than a couple of third place finishes before sinking into the cellar

for the latter part of the 70s.  By the time the team retooled in the mid-80s and became competitive again, and eventually rose to the top in 1986, no active players remained from 1973.  But the ’73 club did already have the ’69 flag to look back on.  Same could be said for the 1971 Orioles, who were just coming off the title in 1970 and fell just short against an excellent Pirates club led by Roberto Clemente.  The 1975 Boston Red Sox went down to the Reds in 7 games minus injured rookie sensation and future Hall of Famer Jim Rice.  Rice could have provided the difference, but the core of that club (Rice, Carl Yastrzemski, CF Fred Lynn, C Carlton Fisk, RF Dwight Evans) never returned to the Fall Classic together.  The 1978 team rampaged through April-August, building a 14 ½ game lead in the AL East before being bounced again by the resilient defending World Champs.  Rice and Evans did eventually get back to another World Series, though not a championship, with Boston in 1986.